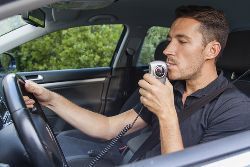 Henrico County DUI lawyer Bob Battle was interviewed by the Richmond Times Dispatch in an article about the new mandatory Ignition Interlock requirement for all DUI convictions which takes effect on July 1, 2012. Ignition Interlock is a breath machine that is attached to a car that requires the person to blow into the device  to show they are not above a certain BAC before the car will start.

When Bob Battle was asked about the increased costs associated with this new law, the article stated:

Bob Battle, a Henrico County attorney who handles DUI and reckless driving cases, estimated that a person's first DUI now costs about $8,000 on average, including the costs of an attorney, court costs, fines, higher insurance costs and a fee to enter the Virginia Alcohol Safety Action Program.

"I think the new law will take it to $10,000-plus," said Battle, who co-wrote "Virginia DUI Defense: The Law & Practice," a textbook on how to defend people charged with DUI.

To read the entire article by Reed Williams, click "Costs of DUI to rise for may first-time offenders."